Hello not from glorious, sunny Croatia, but instead from my slightly cold and uncharacteristically messy kitchen. Here I sit whisky in hand (probably shouldn’t…went out for drinks twice last night…long story), Tom Misch playing on my laptop (try the album ‘Geography’ with thanks to Hoob for the stellar recommendation) and I have decided it is finally time to reminisce and get these pics from my recent trip sorted. (I should mention I wrote this last night and am posting this morning…now  it is tea in my hand!). So (it feels like a bloody eternity ago now – the one downside to travel), I read once that the best parts of travelling were the anticipation of going, and the arriving home, but I’m not sure that I can agree in this instance, I had such a brilliant time with the men/boys and re-living our adventures through the pics isn’t too shabby either. So…if you’re only here for the food, head over to the recipe page for a good old fossick around, but if you’re remotely interested in my trip, read on!

It all started with a hiss and a roar when Hoob arrived in Auckland and we realised that his passport would be outside the acceptable expiry threshold for travel to Europe (ahem, this is the second time it has happened, and it was entirely my fault) – cue mad rushing around for photos and loitering around the department of internal affairs whilst passports were processed at what seemed like a glacial pace. Rich maintained his equilibrium in excellent form and I’m relieved to say we had the new passport in our hot little hands in time, and made it to the airport in exuberant fashion at the appointed hour. 26 and a half hours later we arrived (via Hong Kong) at Heathrow where we met Pog in an airport cafe ready to carry on as a threesome to Croatia. Rich and I were, as you can imagine, a bit knackered at this point but surprisingly not as bad as I had anticipated, so buoyed by the excitement of all being together we jumped on our plane to Split, Croatia and from there took an hour-long ferry trip to the gorgeous island of Hvar (so yep, at this point Hoob and I had been travelling for about 38 hours). As you can imagine we were all bloody beside ourselves to get there – and hop onto the tiny wee boat that whisked us to our airbnb: 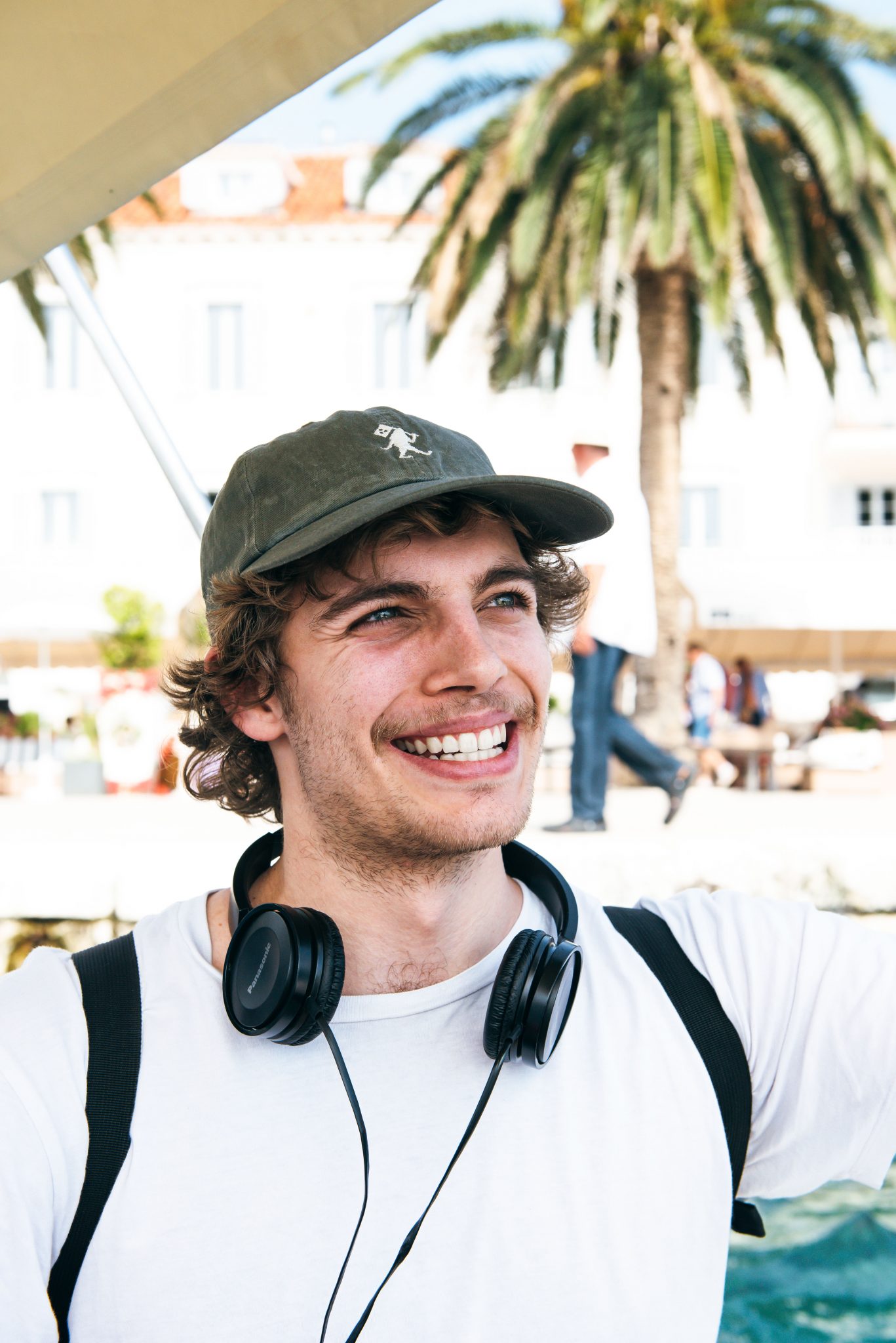 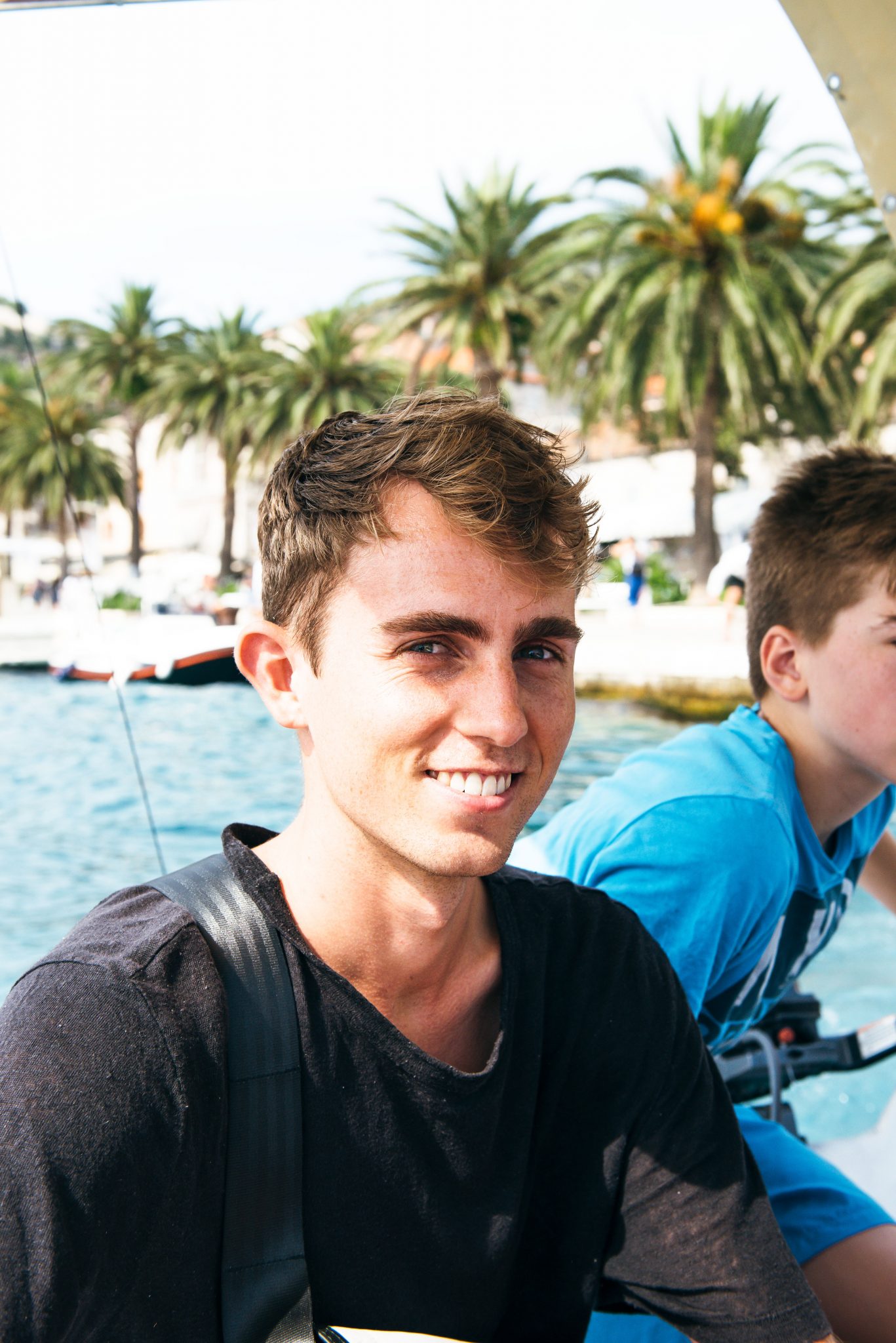 Our place was directly opposite (about 2 metres from) this gorgeous sea – it took us approximately 3 minutes to ditch our bags and hurl ourselves in the water! 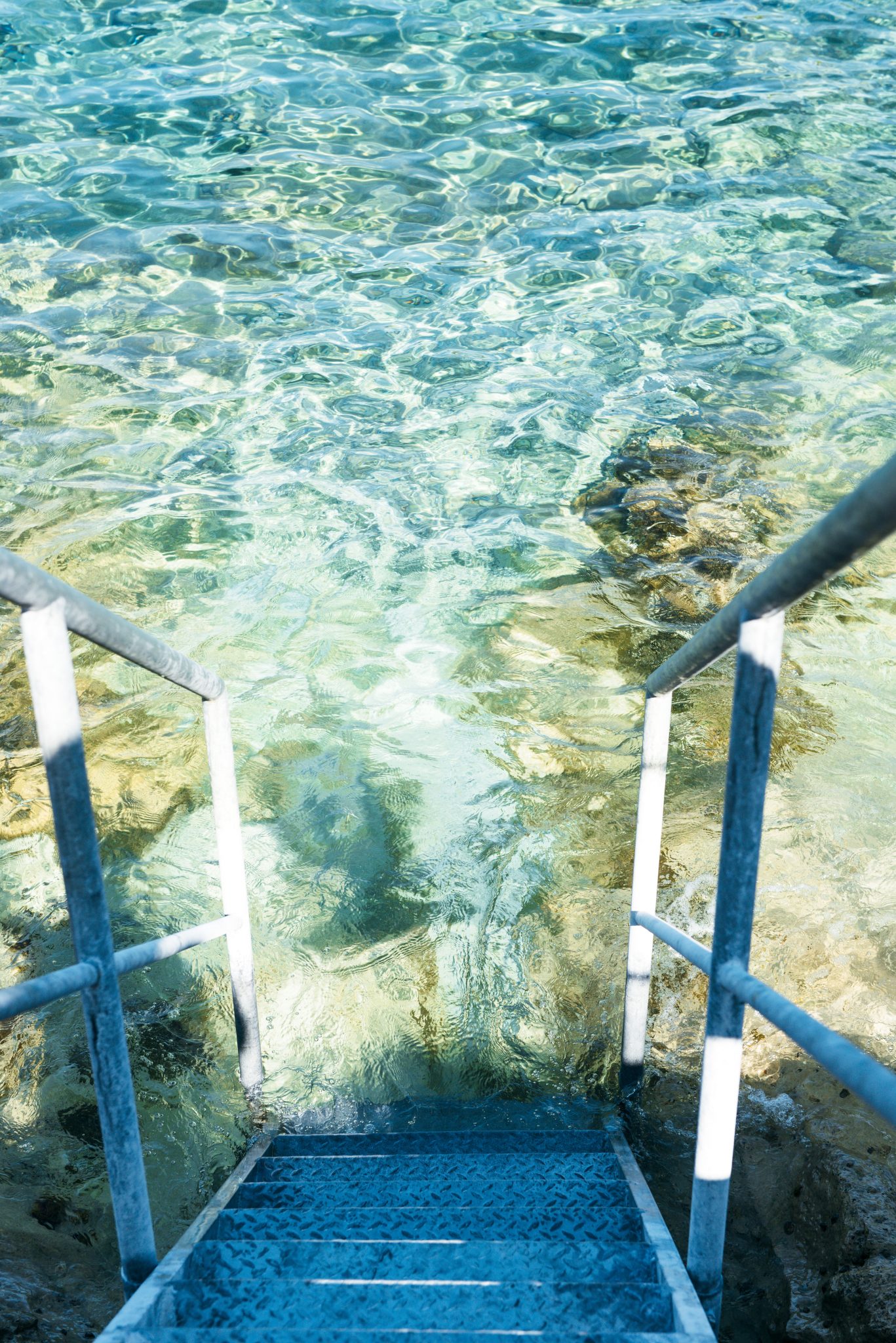 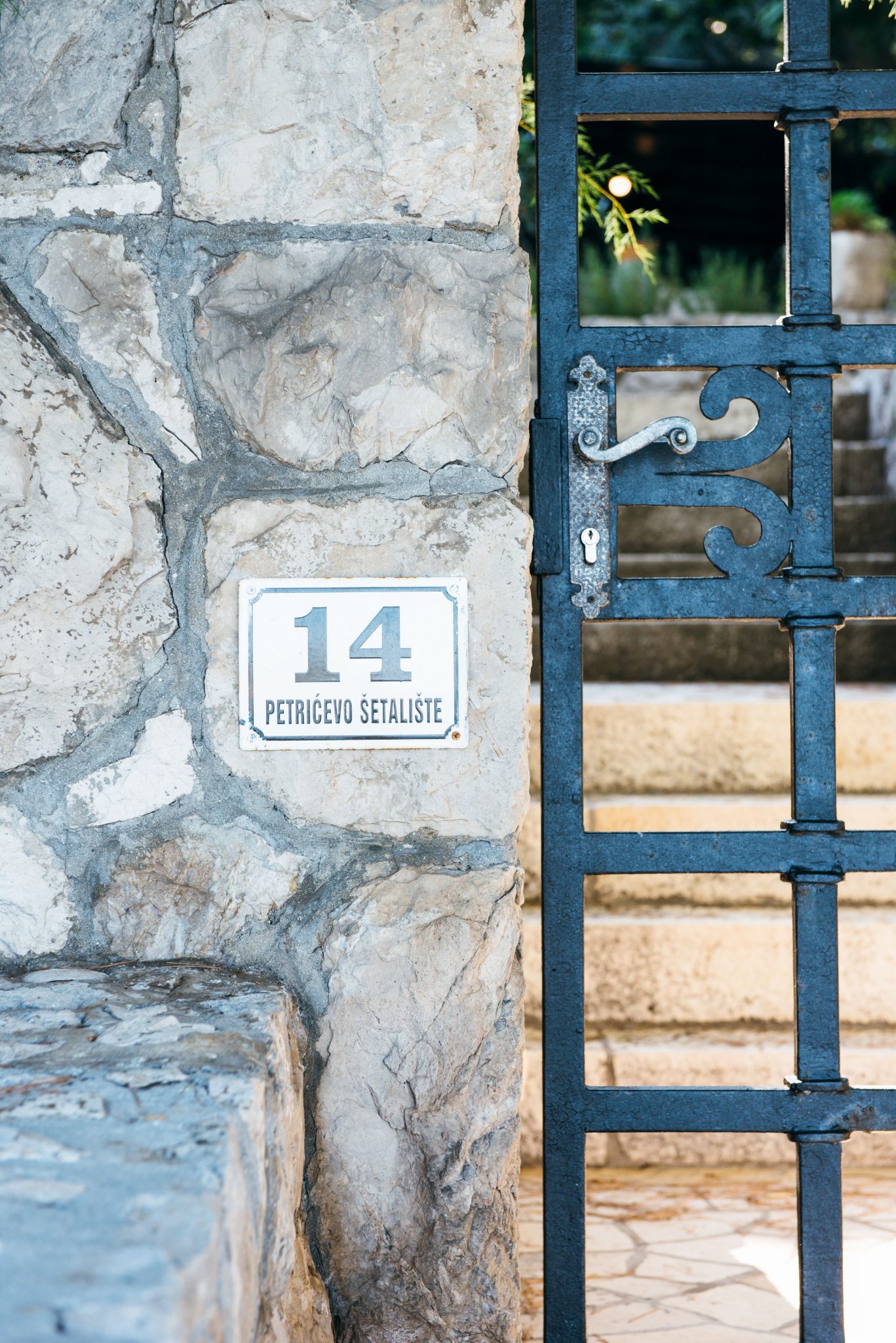 So having swept away the cobwebs in that glorious crystal clear sea we began our investigations. The place we were staying was just a few doors down from the legendary Hula Hula Beach Bar, (a total bloody hoot with hot music, hotter bodies and dancing de rigueur) and onwards down the coastal path we meandered past the stunning Bonj des Bains beach club. Given that I anticipate trips like this will be few and far between, I booked us in for a day on the sun-loungers, luxuriating in bar and food service. Cocktails in hand we dove in and out of the water (clearly we actually put the cocktails down while swimming – although one woman floated around endlessly on a giant blow up floaty, with a massive glass of chard in her hand…), ate, drank and basically gloried in this extra-special treat. Henry had a sea-urchin misshap (reef shoes are quite a bloody good extra to throw in your suitcase), but other than that we found ourselves unwinding in spectacular fashion. Given we haven’t spent any significant time together in five years it was gratifying to find ourselves slipping quickly into our normal familial ways. 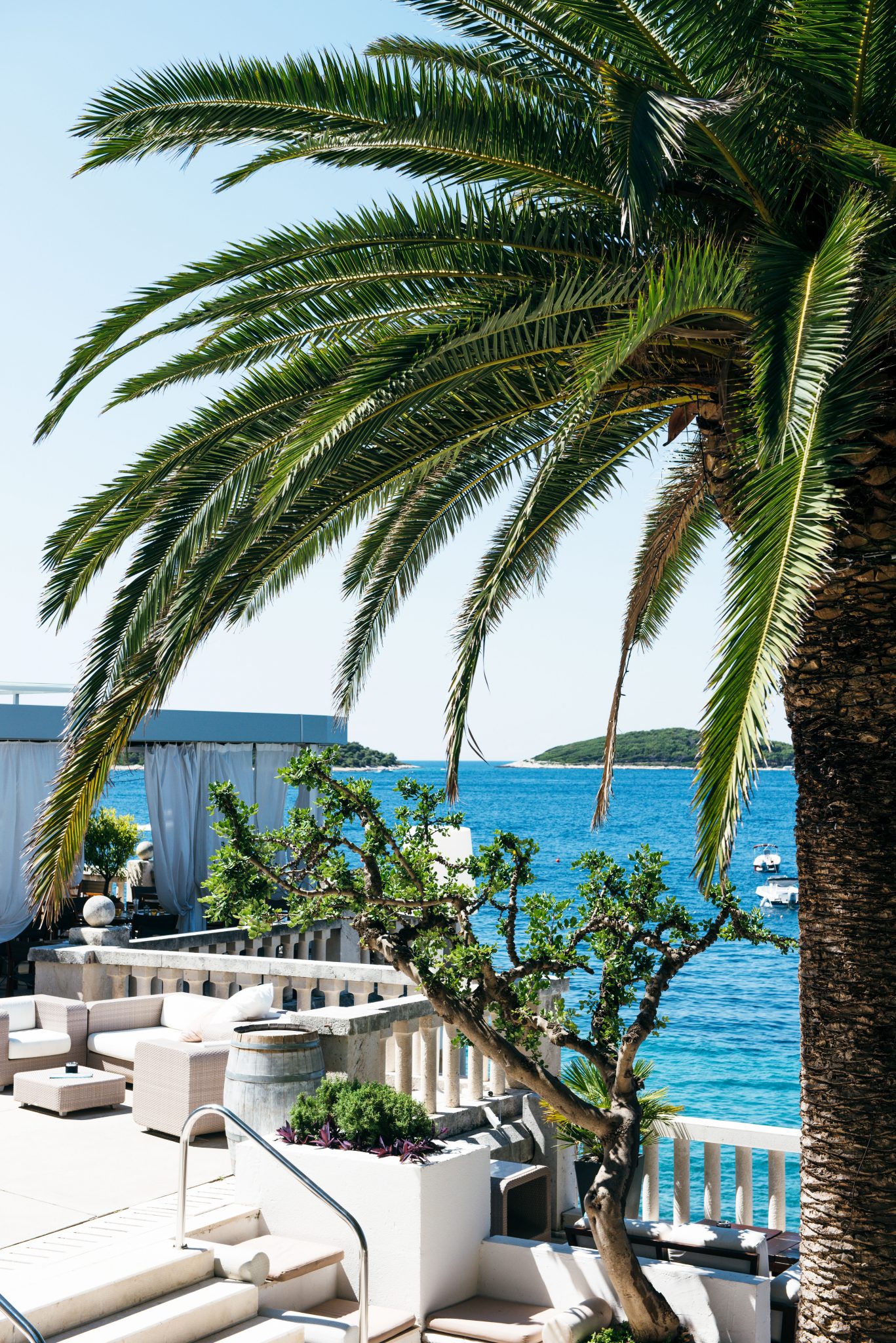 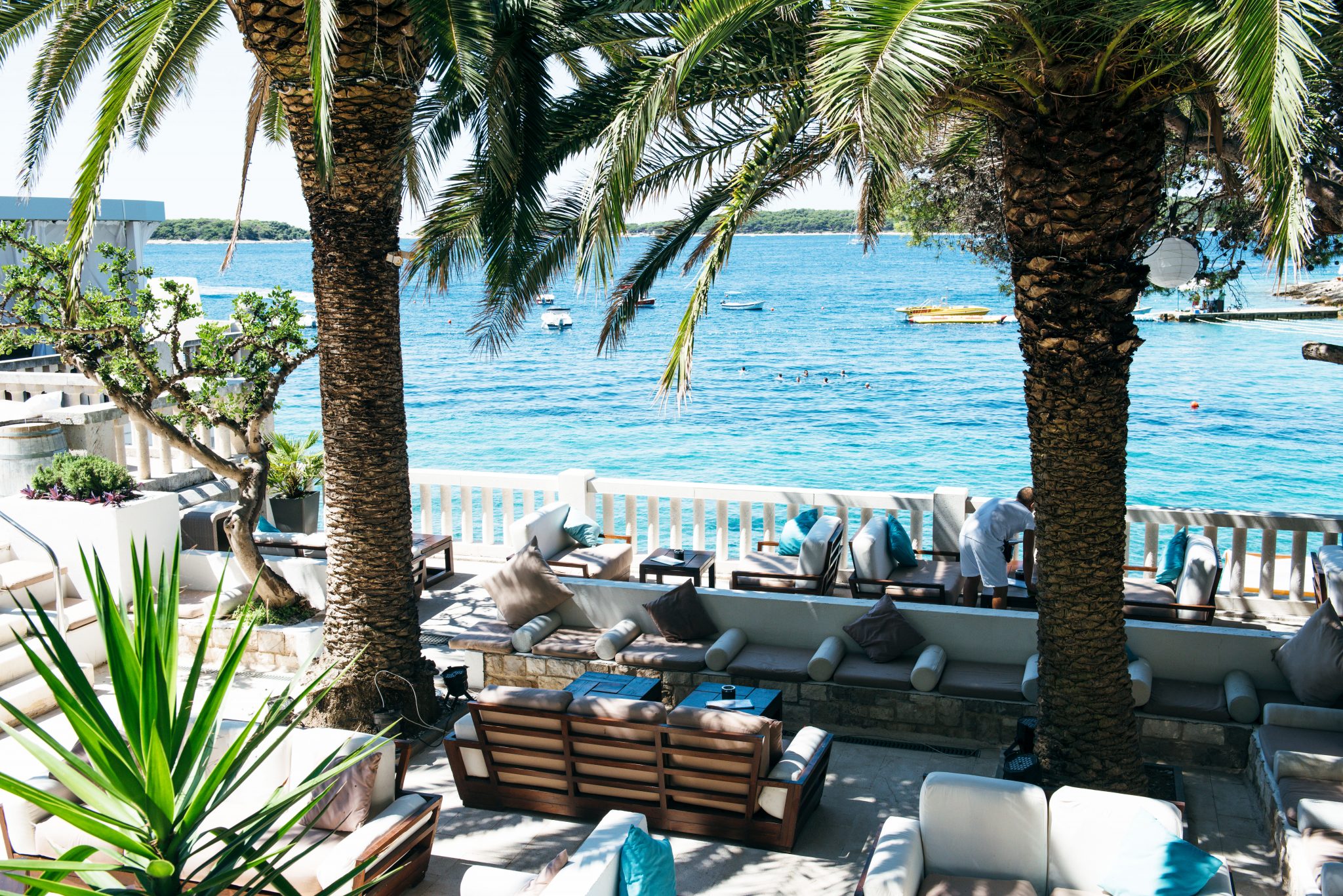 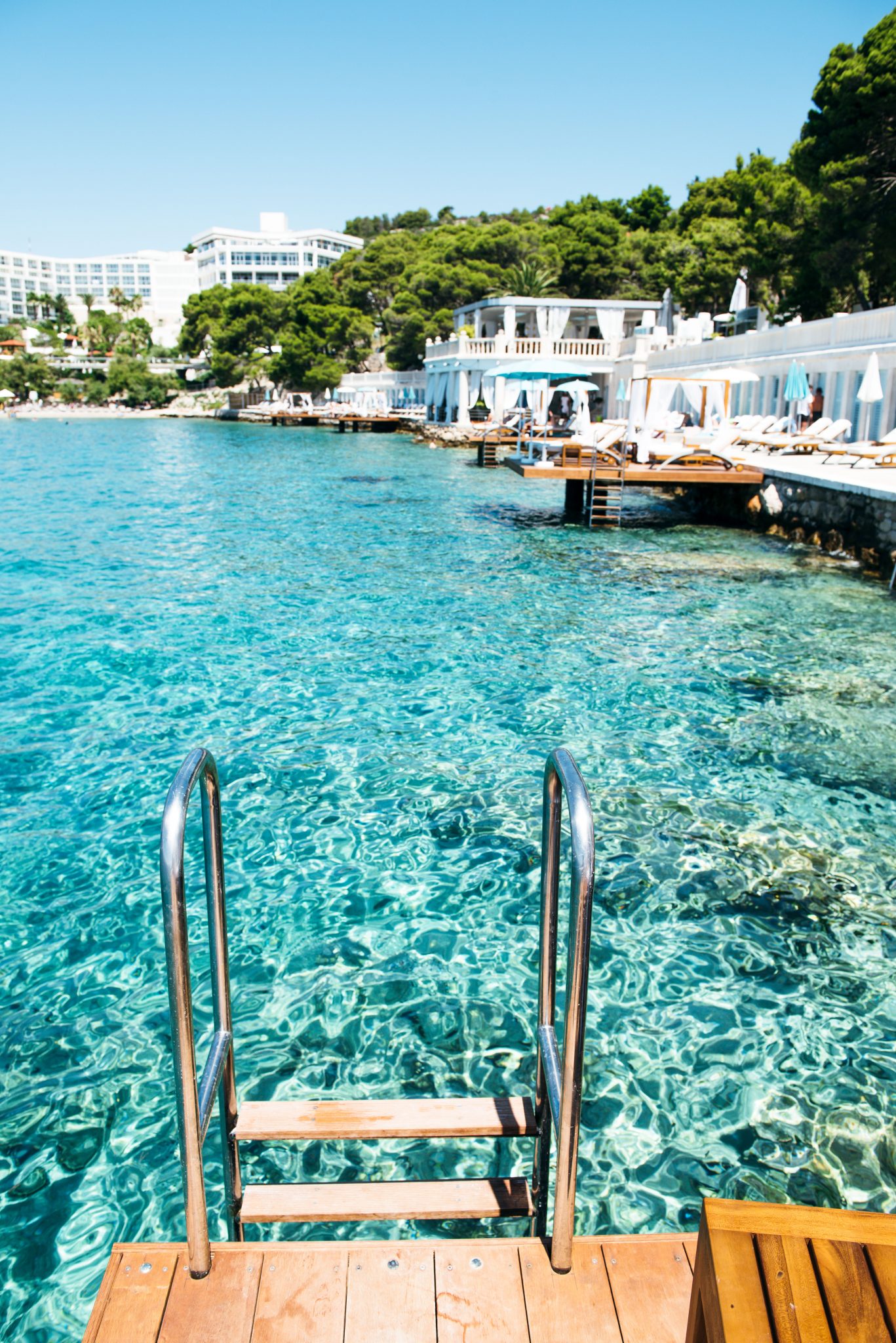 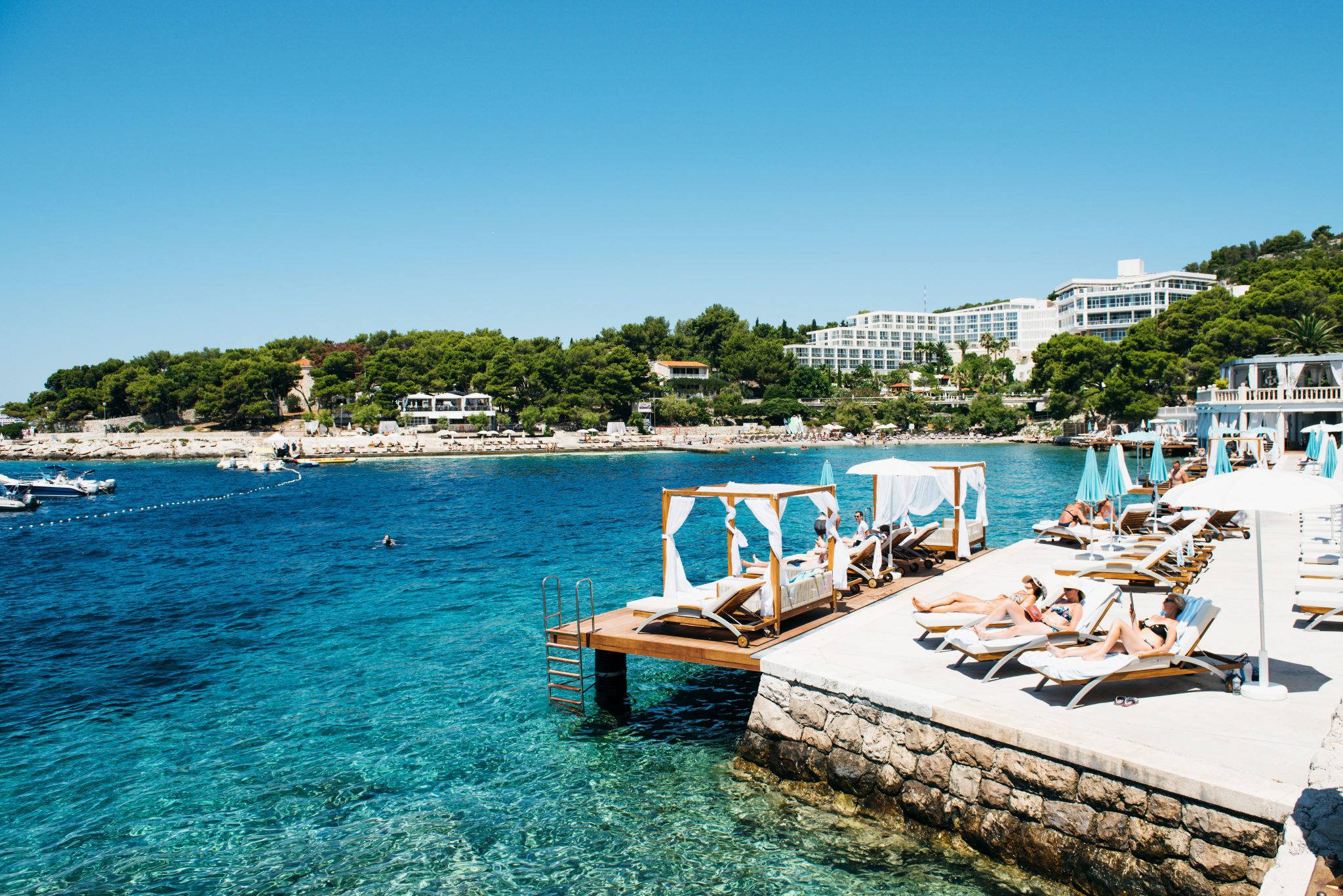 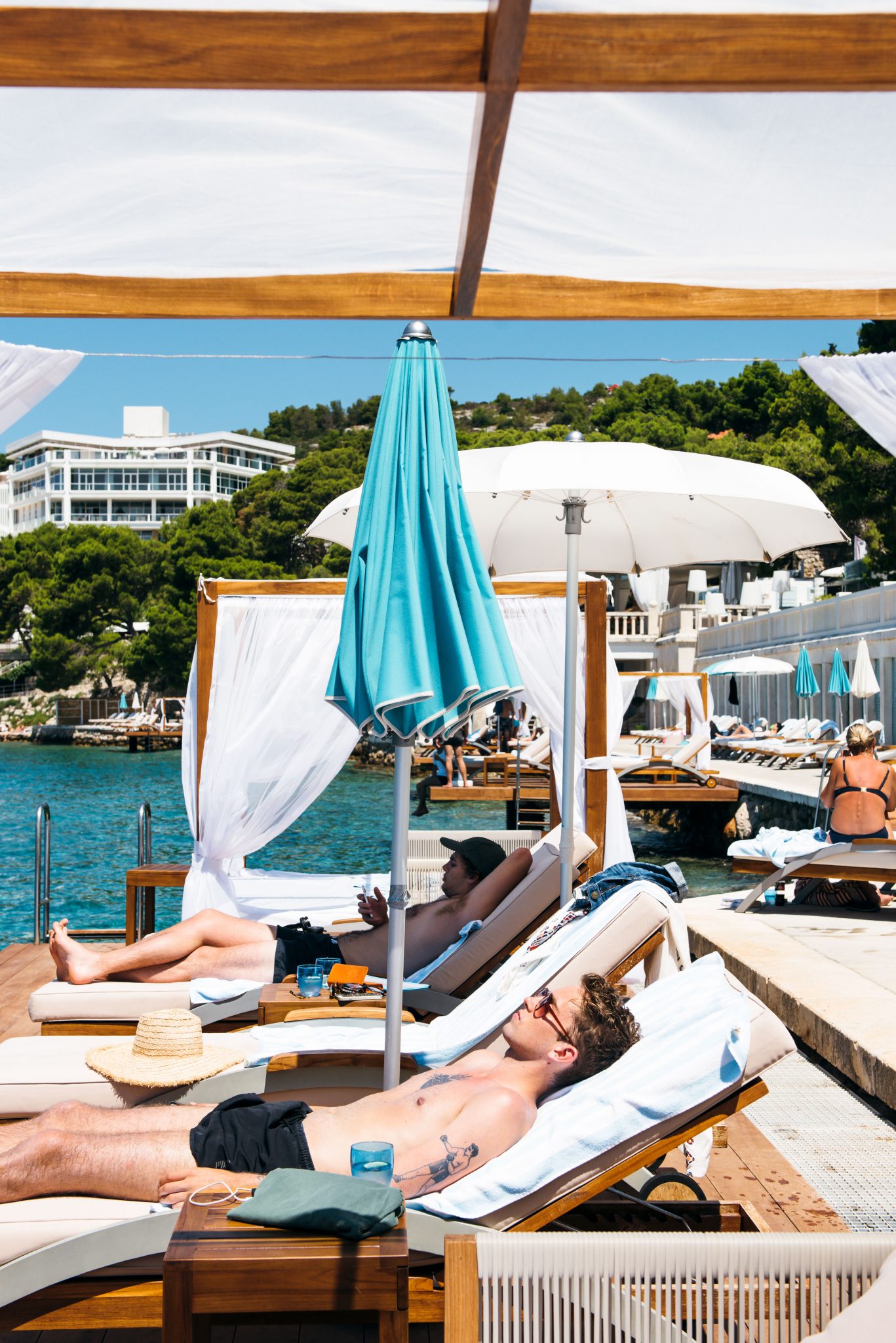 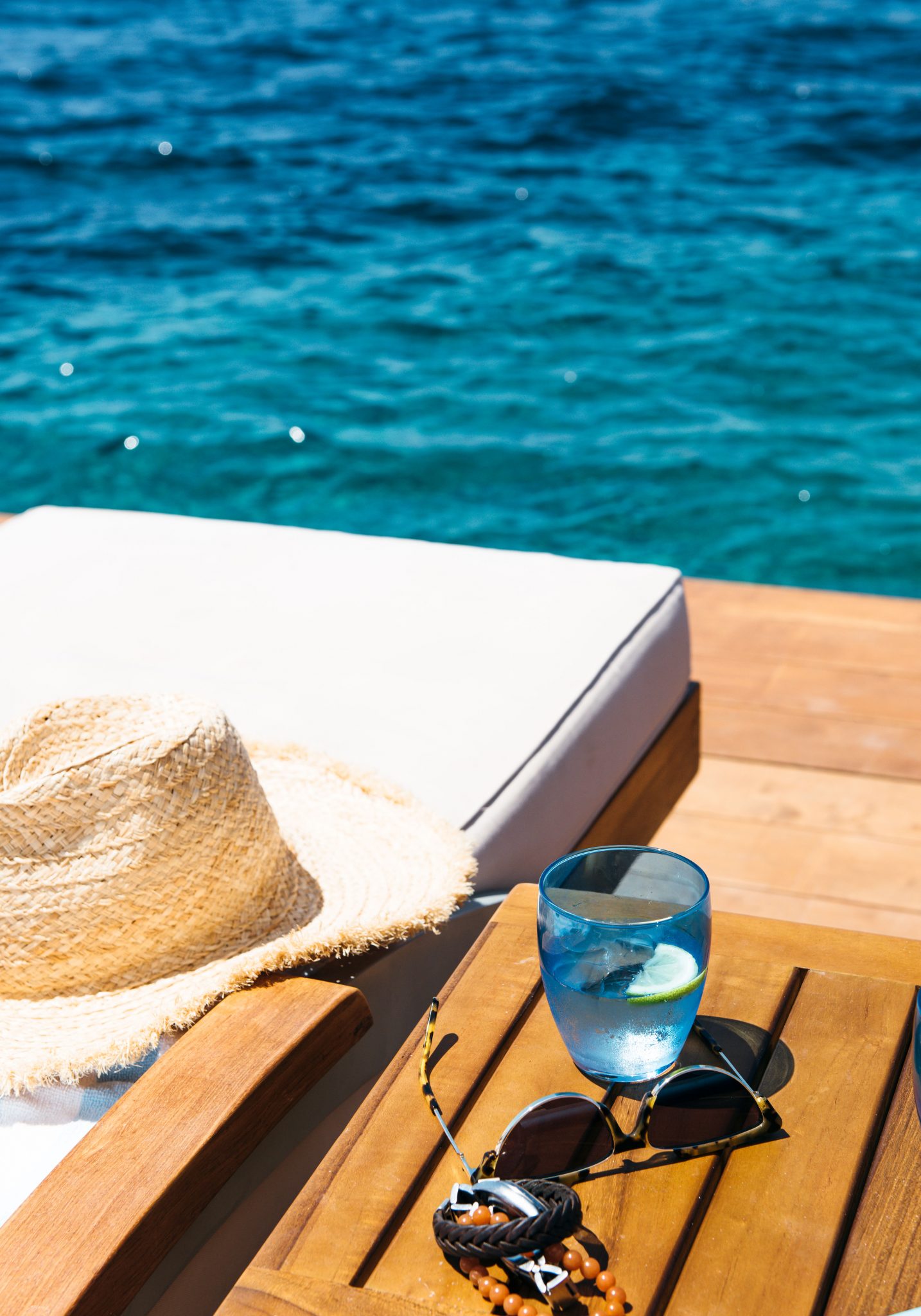 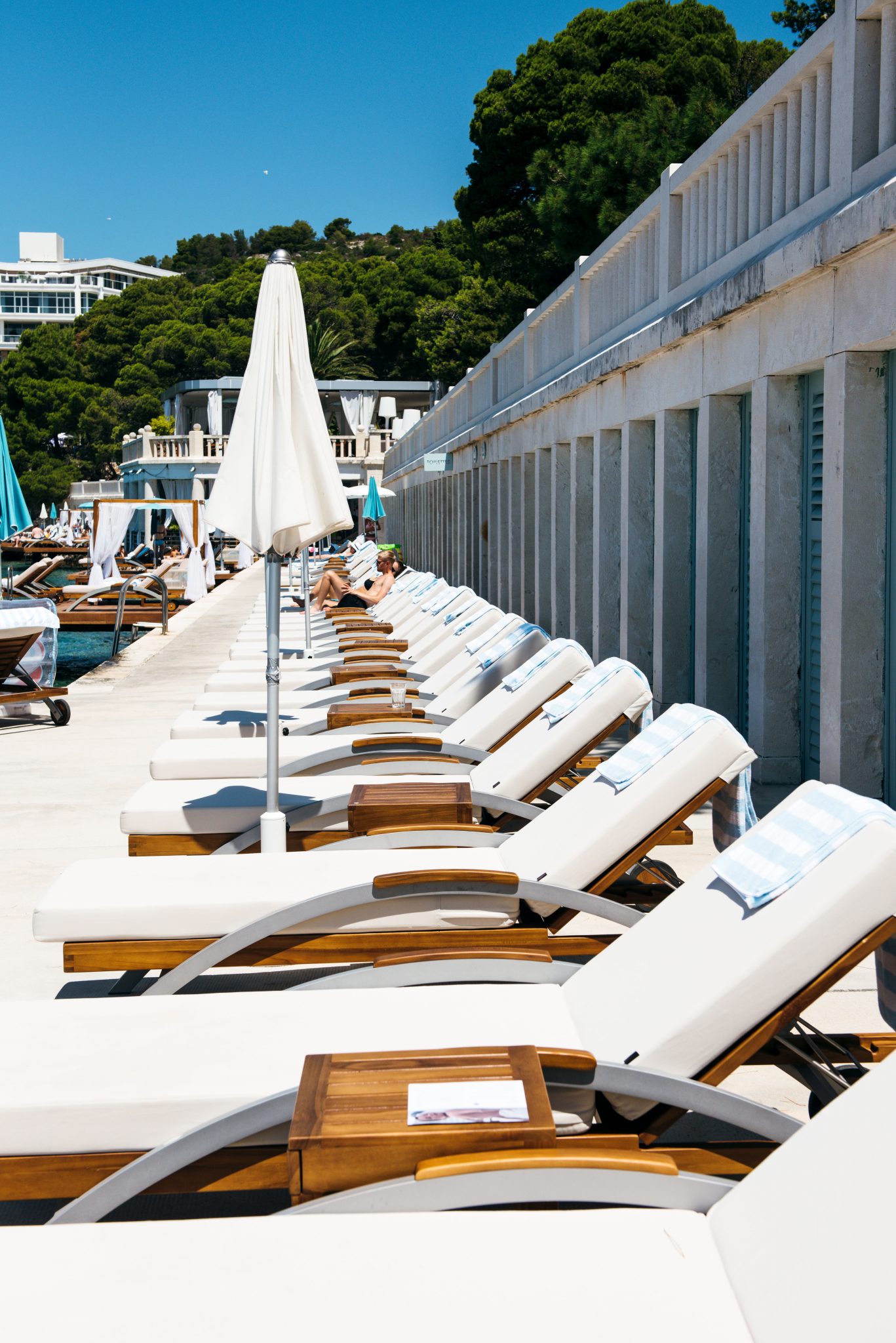 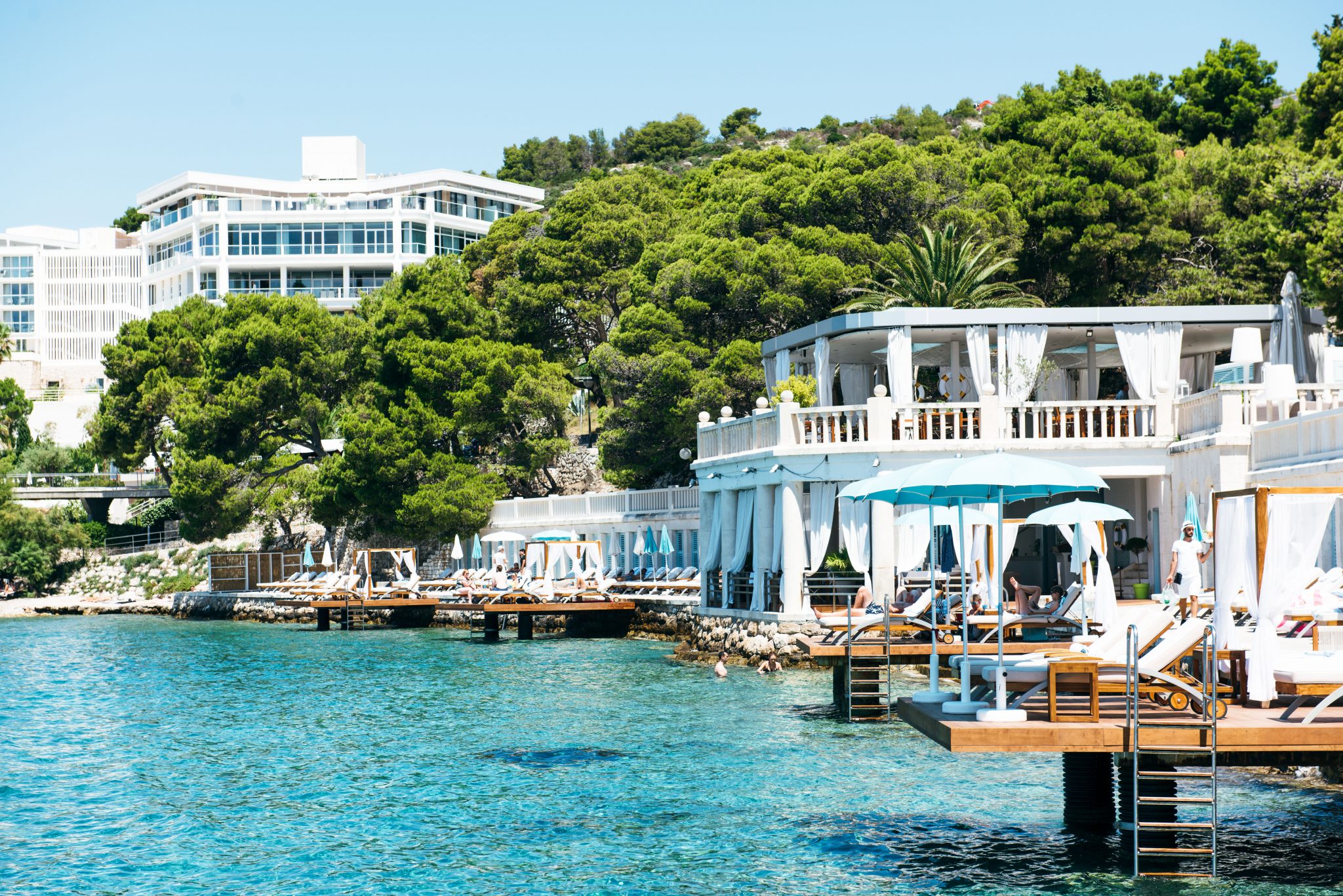 During our four days we did a good deal of nothing other than swimming and lazing around in the sunshine, but we did also head out and about, further around the coastline walk and into the Hvar town centre… 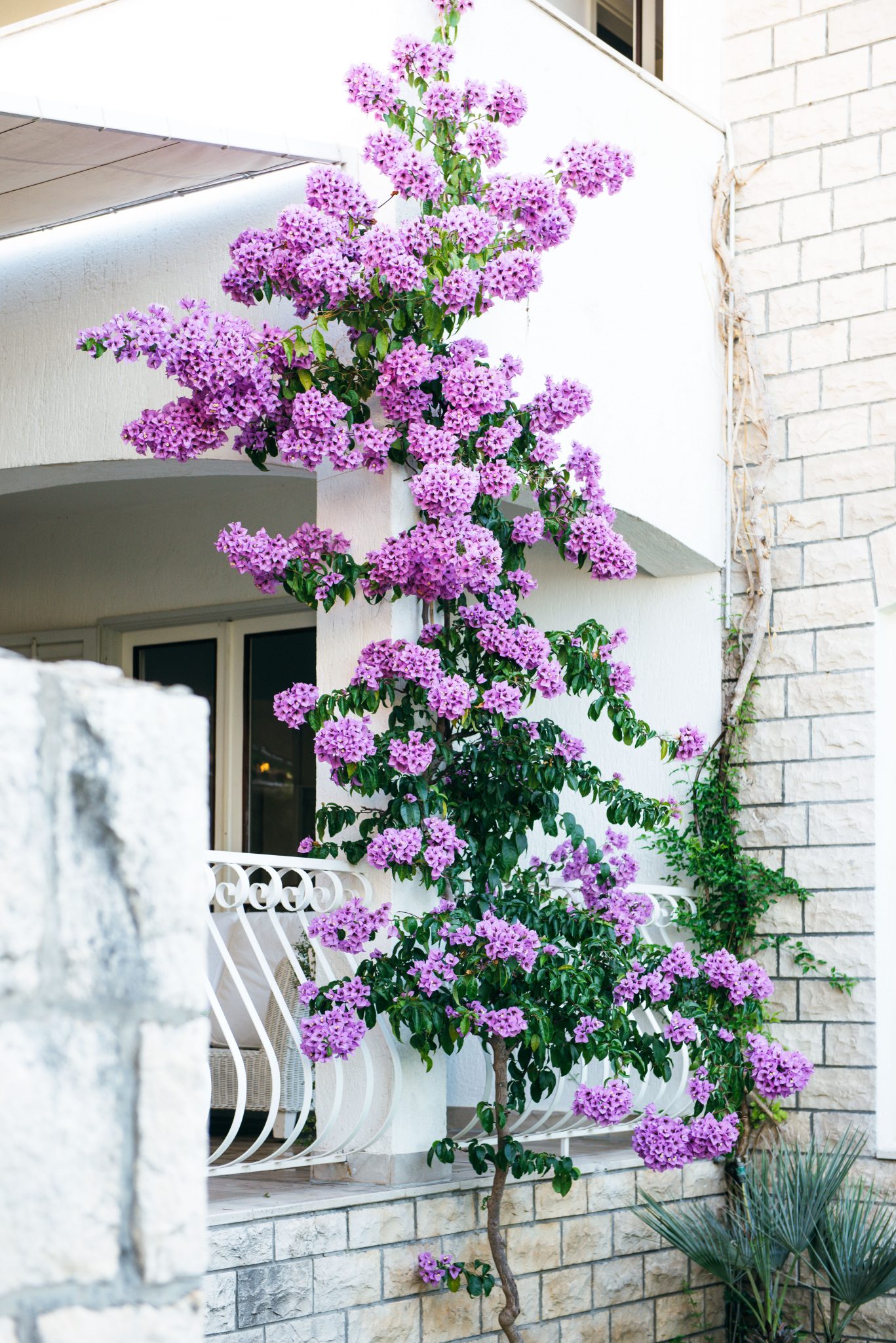 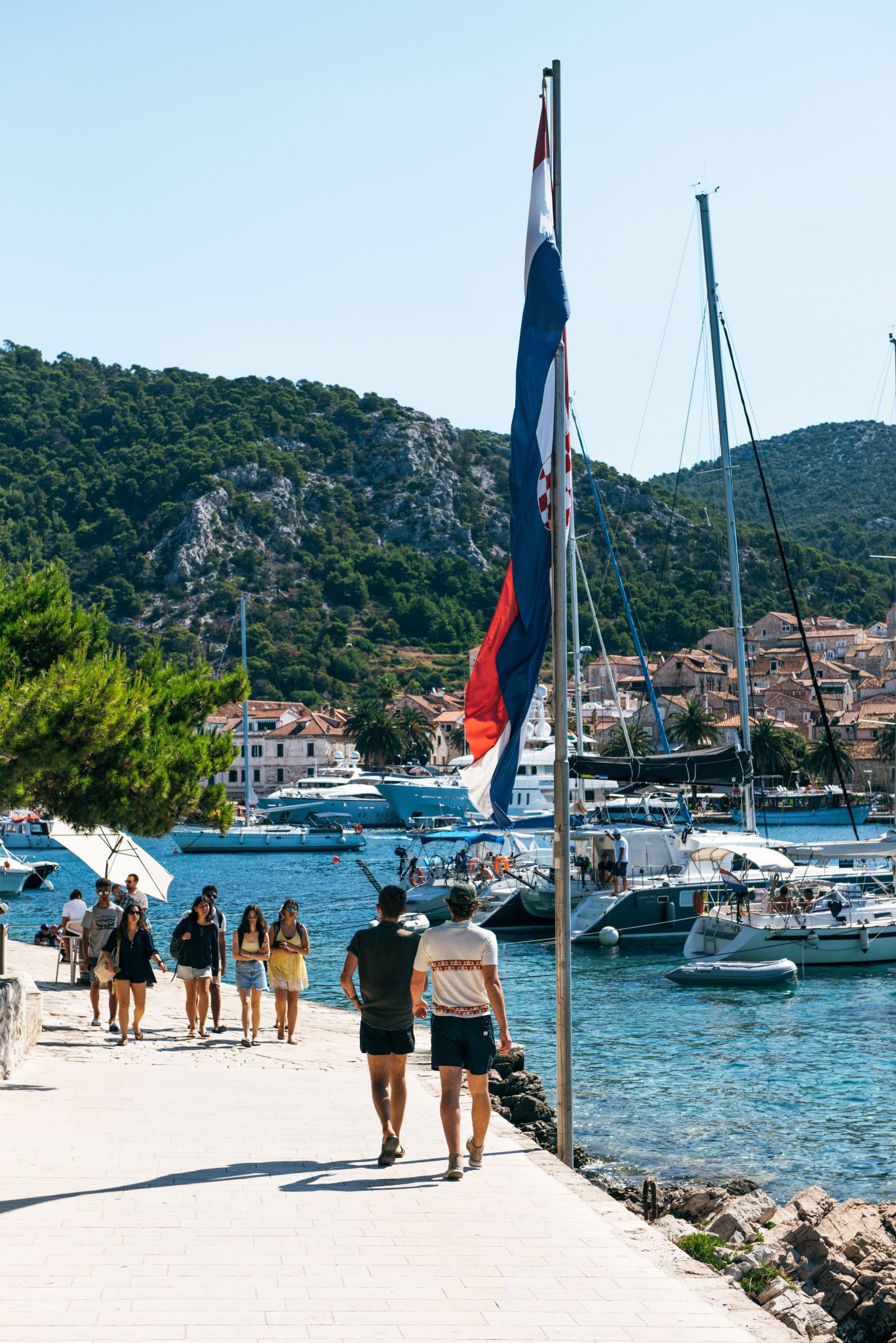 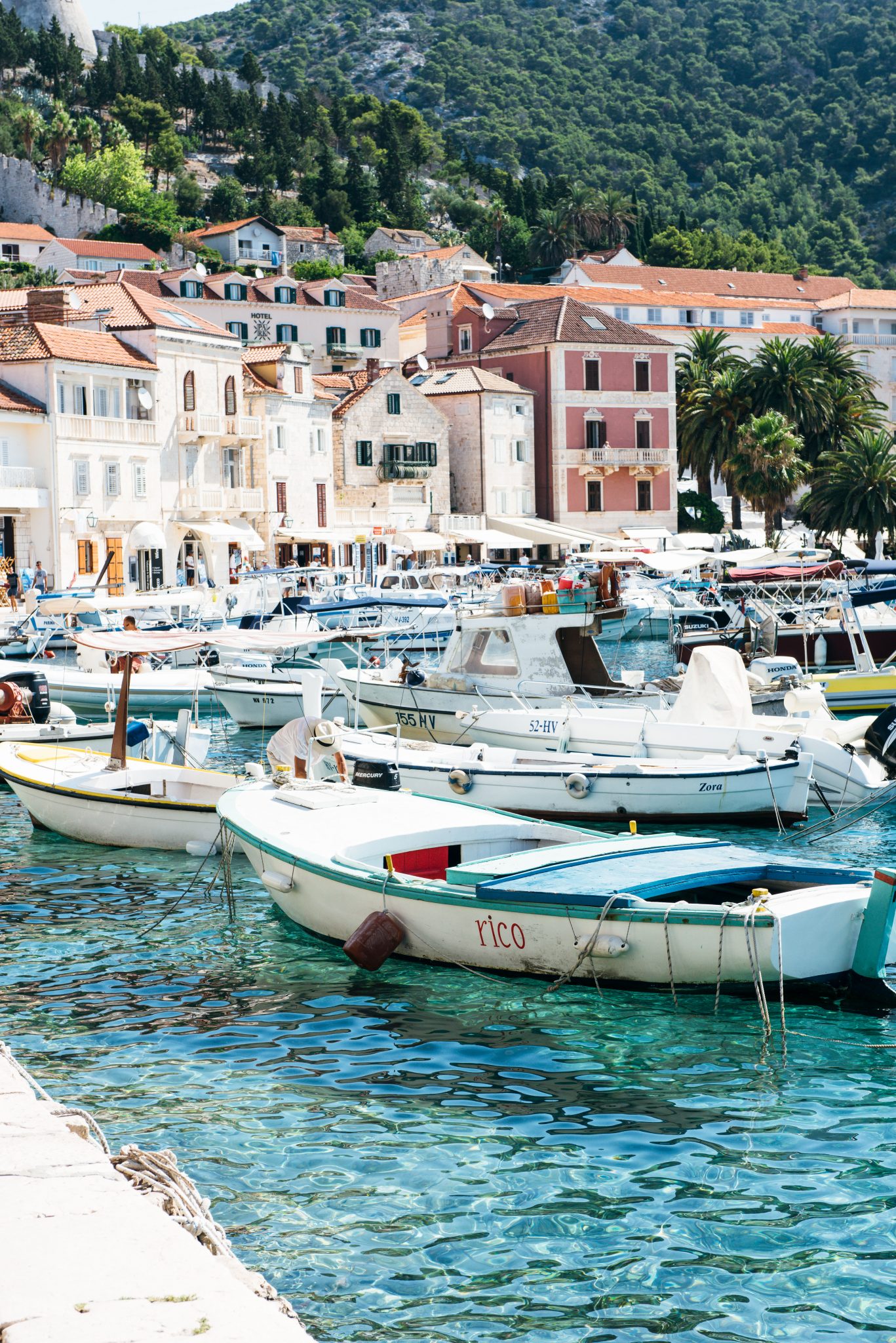 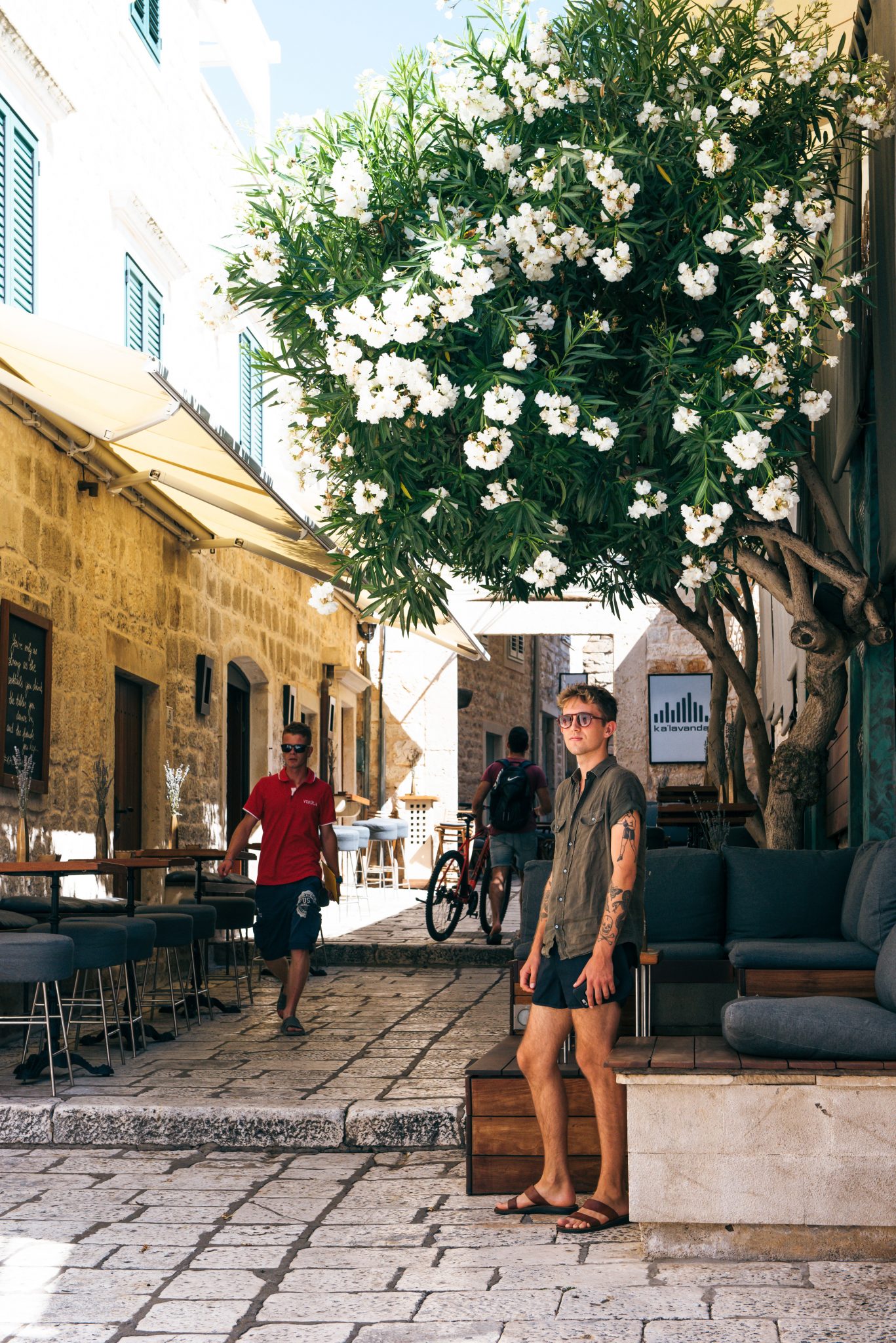 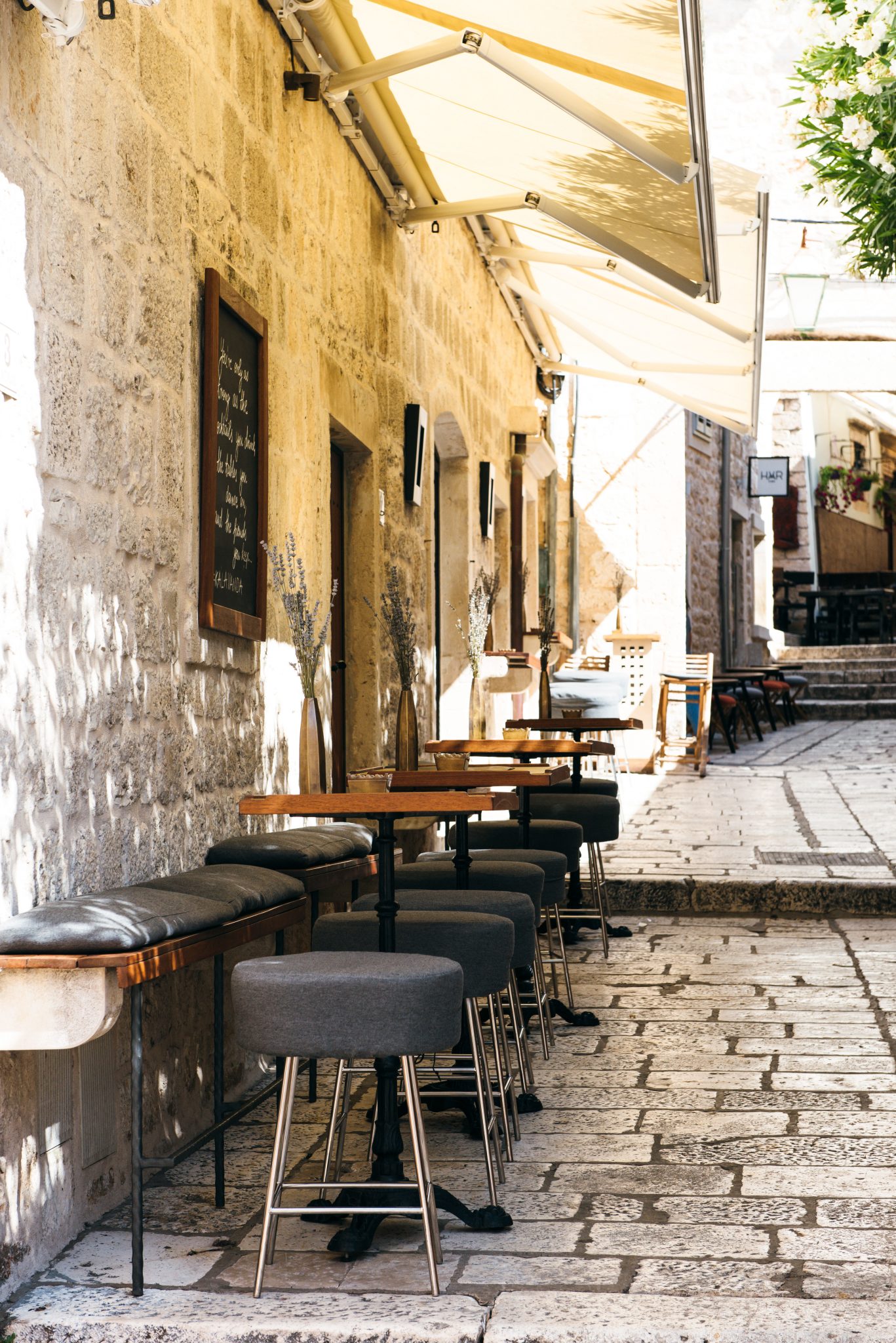 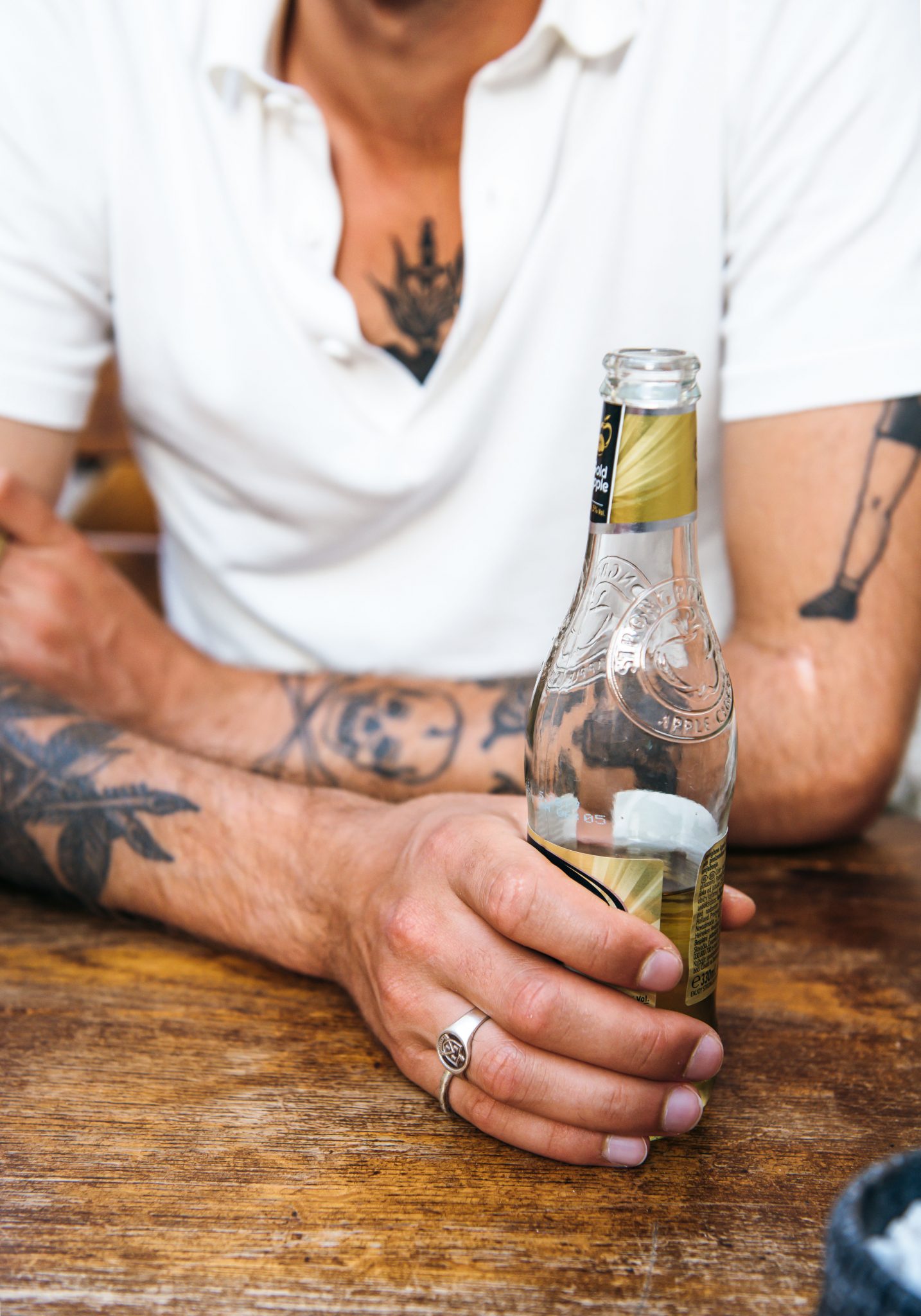 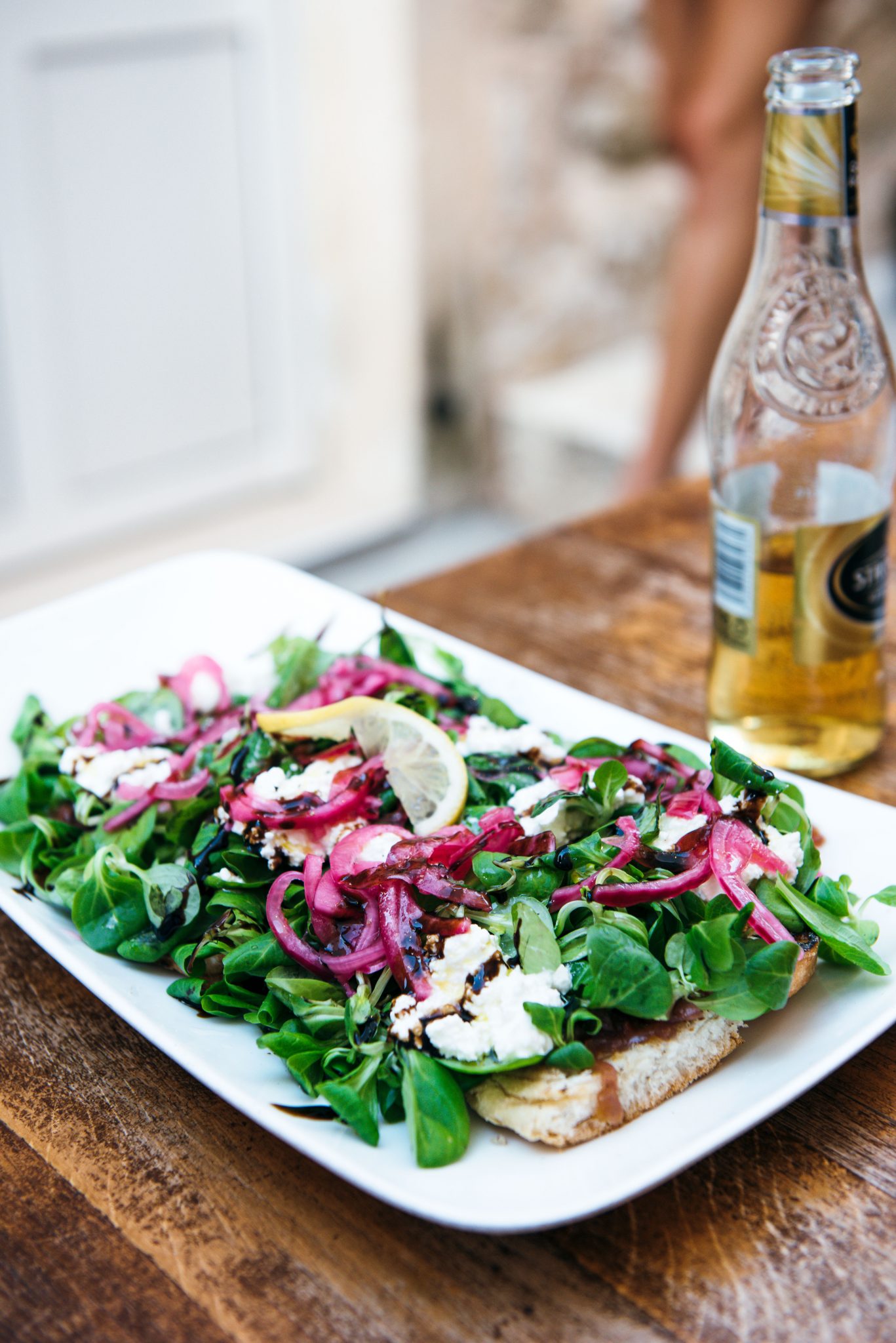 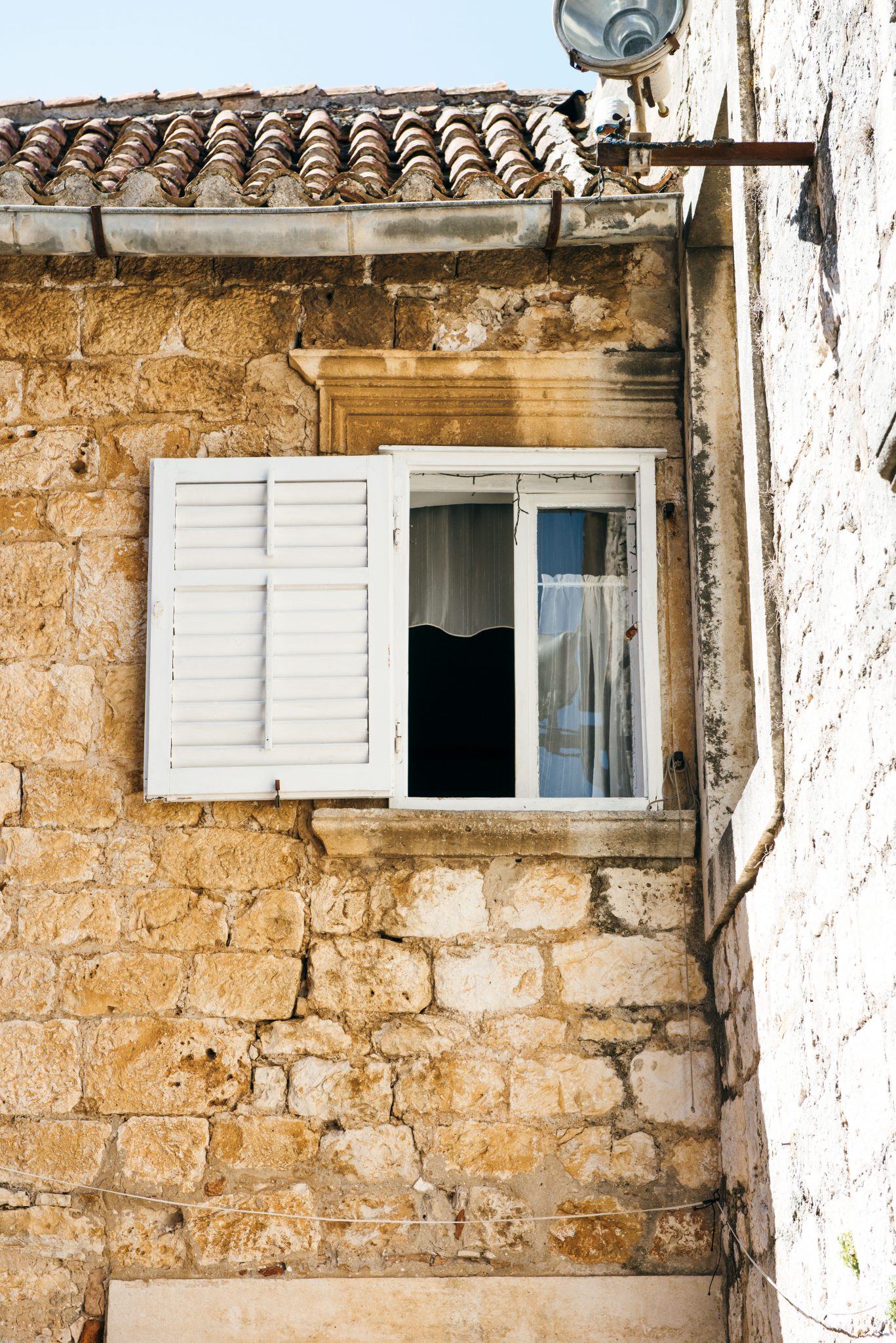 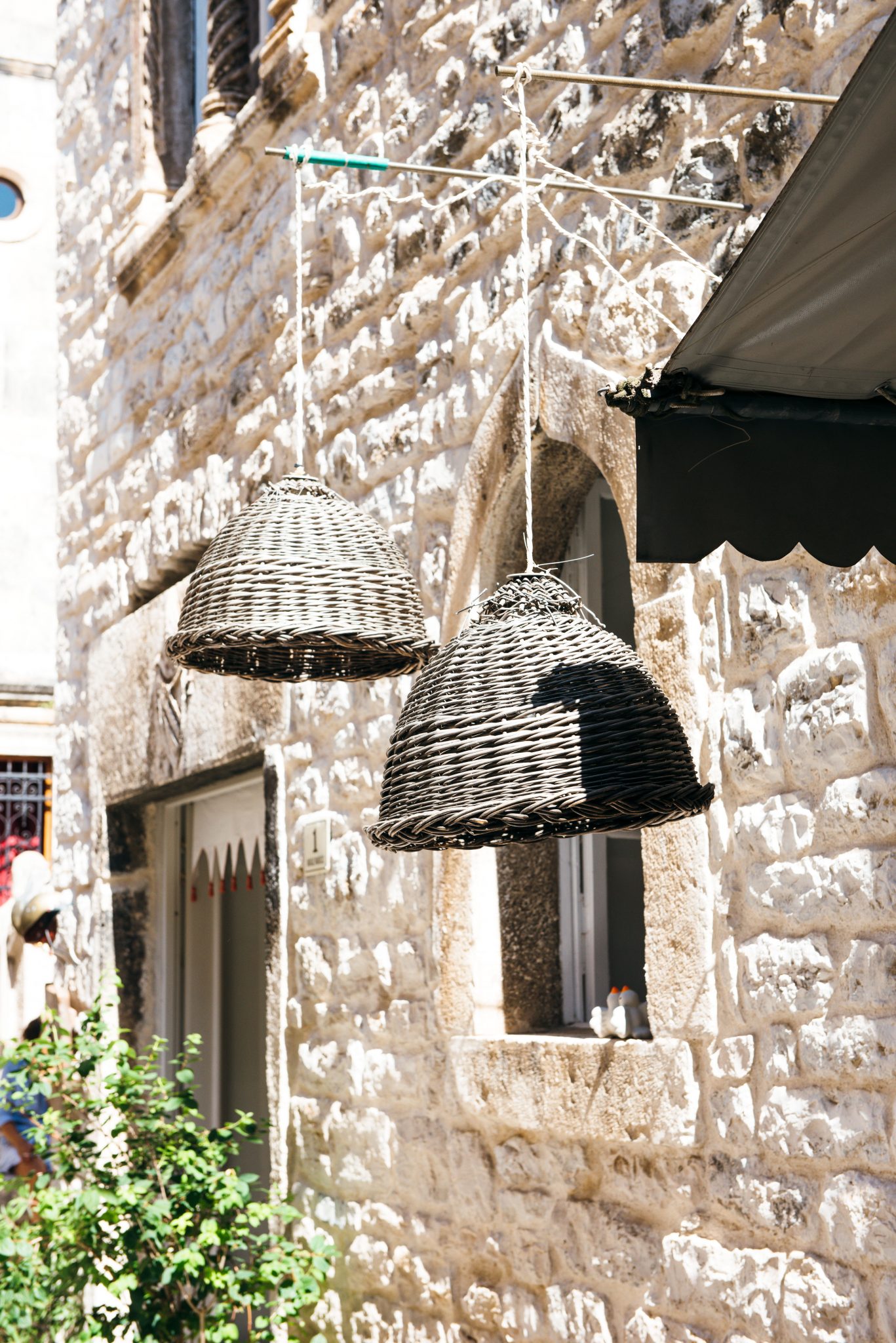 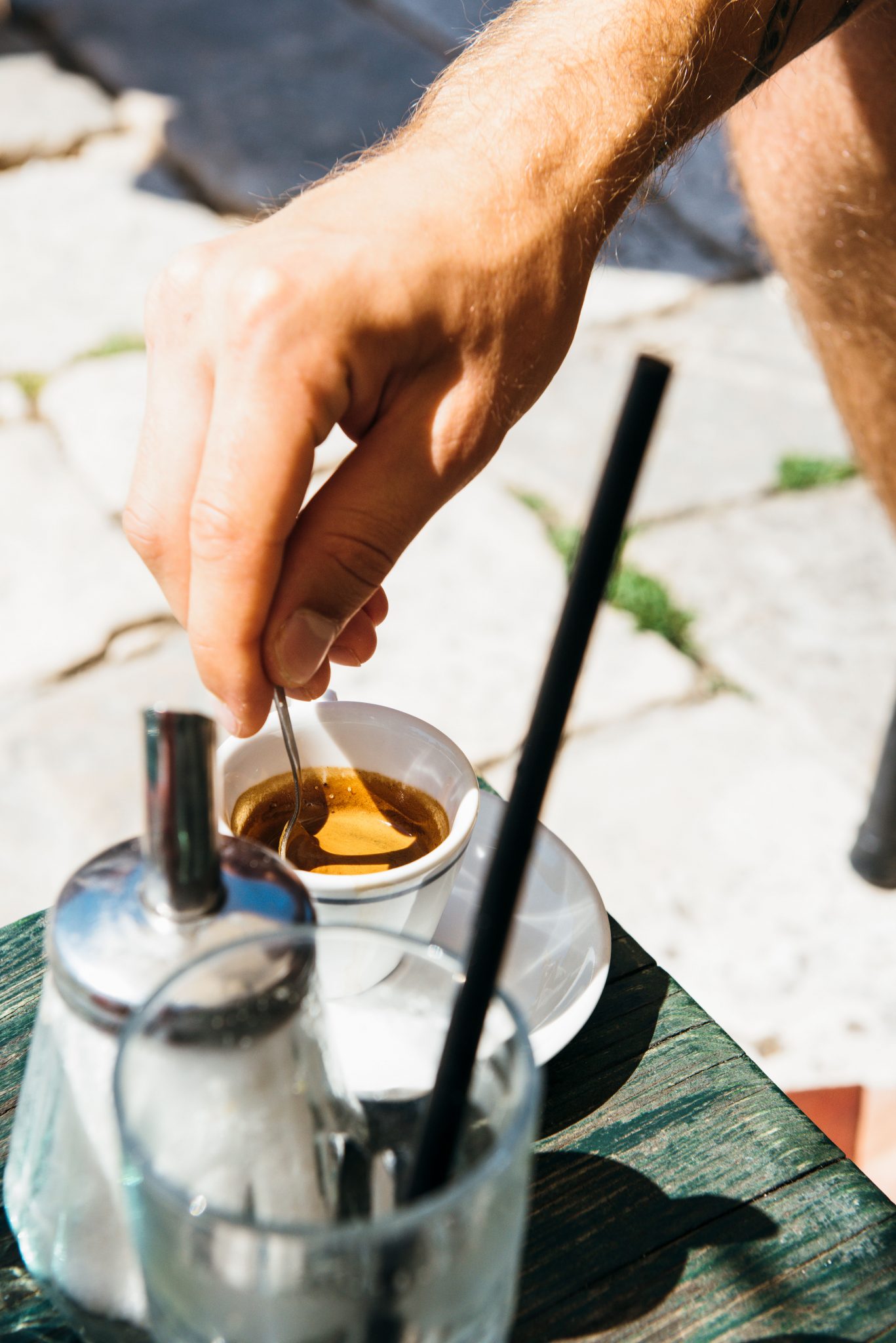 It was outrageously picturesque and a blissful way to start our adventure. Whilst there we had some pretty bloody fabulous cocktails at Caperasa Bistro and Bar as well as one of our better vegetarian meals at Fig Cafe (my two darling men/boys are fairly stringently vegetarian, and I am less-so). But to be honest the real highlight of Hvar was simply being there, relaxing, laughing, eating and drinking together, meeting lovely kind and generous people along the way (our house keeper was a gem who baked us delicious goodies and we left her with a round of enthusiastic, squeezy bear hugs). We quickly established a holiday routine of coffee, followed by more coffee, then fresh bread with butter and jam (heavenly). We would spend time lying together in the sun, but had the perfect balance of alone-time too, zoning out on occasion, each listening to our own music, together but not in each others’ space. We could easily have stayed longer than four days but two weeks isn’t a lot of time for an entire trip and we had more to discover. Croatia is as you can see, insta-perfect, but it is so much more than that – it is the perfect place to unwind. If you’re staying for long enough I would definitely recommend getting out on the water by boat, but other than that, travel with people you love and you can’t go wrong. My next post will be all about Dubrovnik, well known to Game of Thrones fans, but a revelation to me…but more on that next week! 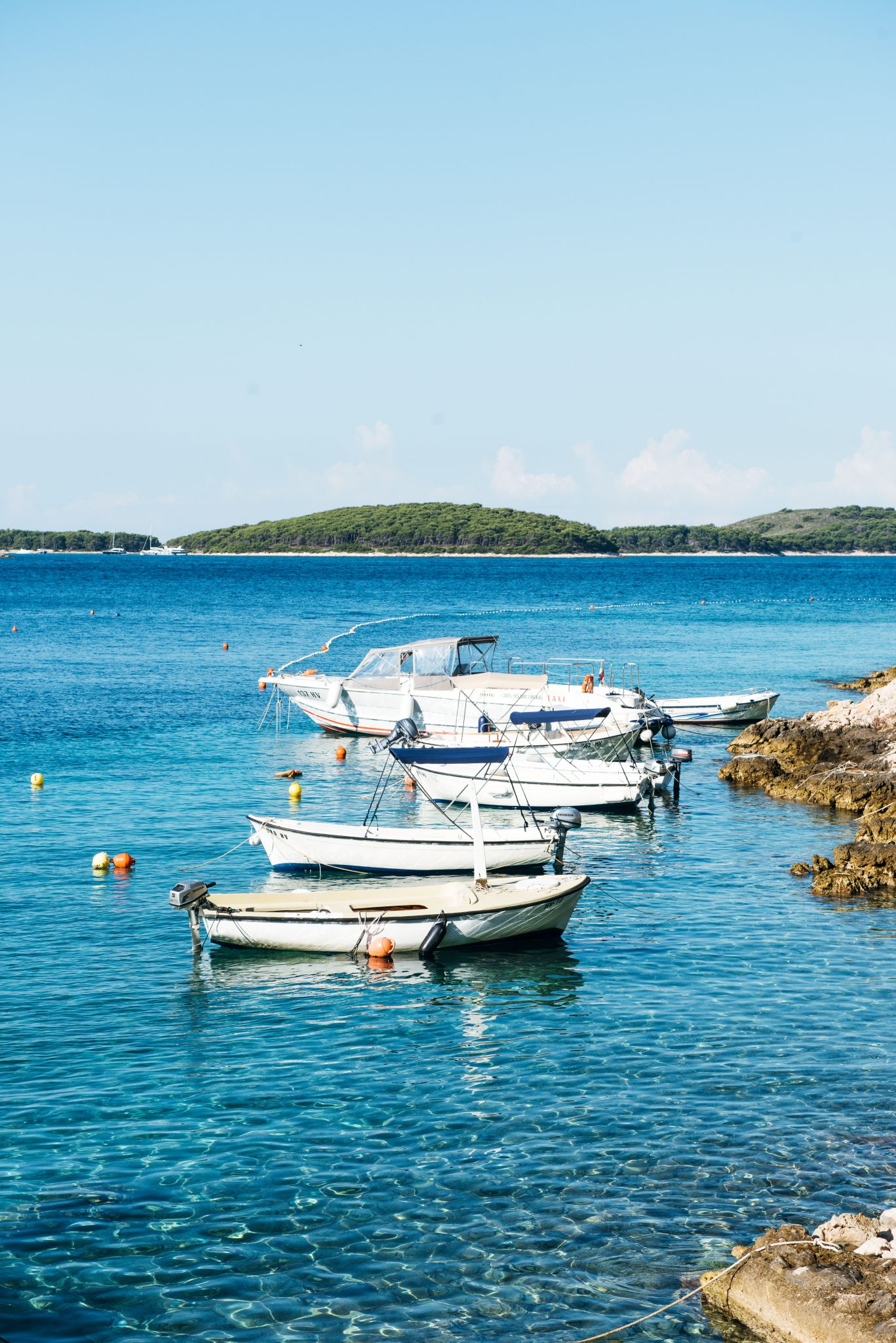 from Stuck in the kitchen https://ift.tt/2NXthci
via IFTTT